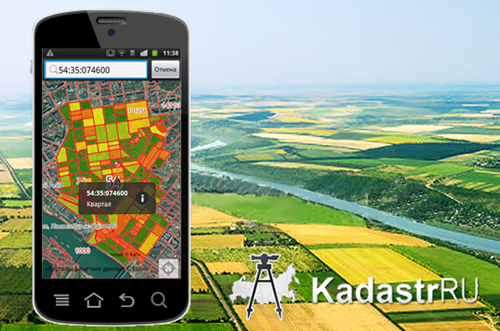 DATA+ - Russian vendor of GIS technologies and solutions, and Data East announce the release of KadastrRU - an application for Android mobile devices and tablet computers.

With KadastrRU you can easily access the public database of State immovable property cadastre of Russian federation. This application can be downloaded for free at the Google Play market and used by a wide range of customers - real estate agents, notary officers, cadastral engineers, state employees and businessmen, as well as any other person planning to buy or sell immovable property or to find out the information about the land property. KadastrRu provides information about any land property registered within the territory of Russia - its area, cadastral value, land category and legal use form. 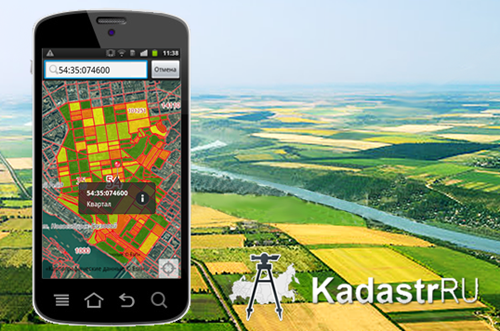 Besides, it provides data about territorial subdivisions of Russian State Register responsible for the specified allotment. The required object can be found by its cadastral number or simply selected on a map. KadastrRU provides access to the Russian topographic base map and satellite images, enables measuring distances and calculating land use areas. There is an additional extra cost option to request information from the State immovable property cadastre and the Single State Register of Rights to Real Estate and Transactions.

"In April 2012 KadastrRU for Apple devices was released, and now it is to be noted that the application is quite popular and has been even included to the Top 10 of the most popular cartographic and navigation software", said Alexei Ushakov, CEO of Data+. "The cadastral data collection and processing, creation of an online data update system and evaluation of the increased access to the Public cadastral map took a lot of time and efforts. But we are sure, that the Android version will be demanded as much as the iOS version is".

The web-version of the Public cadastral map was released on March 1, 2010, whereas its mobile version for iOS devices was released on April 20, 2012. Now personal pocket cadastre is available for Android devices as well.

KadastrRU can be downloaded for free at Google Play.

Mobile map for visitors of the Sebago Lake Land Reserve